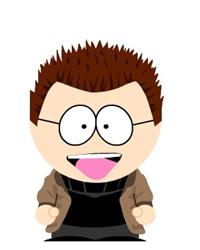 Member: Laughingdevilboy (LDB)
Character: Karl Hall
Ability: Elemental Manipulation
Laughingdevilboy's character Karl has the ability of elemental manipulation and is found in the prison with his friend Leckie. Karl has a mysterious past and seems to have a personal connection with his journal.

Laughingdevilboy does more than he should, even though his jobs are looking after the autonav, looking after all the images and episodes he also finds time to make the templates that appear on every page. LDB also manages to find time to keep the team members from fighting, though that doesn't seem to work. He also looks after the jobs that the members need to do.

Though LDB has only written 3 episodes, he edits most episodes.