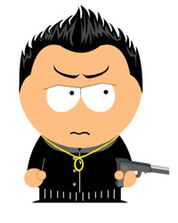 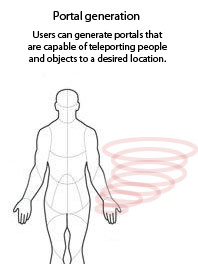 70%
Ladzaro was born in Turin, Italy. He grew up as part of the Venturini Family Mafia. At the time, mafia wars were happening between the various families of Turin, and Ladzaro's grandfather, the don of the Venturini family, was killed during a mafia raid on the Venturinis' home. Also injured was Ladzaro's sister, Isabella, who later died in a hospital due to fatal wounds. Feeling unsafe in his hometown, Ladzaro traveled to London, England, the last known location of Patrizio Fiorello, the leader of the group that had raided his home and killed his family members. While attempting to hunt down Fiorello, Ladzaro met Shark, a local criminal leader. It was at this point, during the eclipse of October 2006, that Ladzaro's ability manifested. Shark, seeing potential in Ladzaro and his ability, recruited him into his criminal ring, and promised that they would, as a team, hunt down Fiorello avenge Ladzaro. Ladzaro is highly dangerous and elusive, and is capable of using his seemingly harmless ability dangerously. He is also an expert at handling firearms and close combat weapons. Approach with caution.

A full psychological profile was not conducted on Mr. Venturini, although observations indicate that he is a highly resolute and introverted individual.