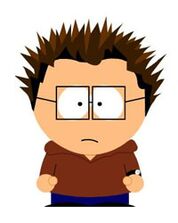 None
Male
British
Caucasian
08/14/1987
Liverpool
Student
None
Biological
the ability to transmute anything into rock.
Stuart Harrison
ROCK TRANSMUTATION
N/A

60%
Stuart was born in Liverpool into a family of evolved humans with his parents both having powers. Stuart was a straight A student at school until his power manifested at age 14 and he went to work for the company after being pursued by Eden McCain. He got on well with his partner but she was killed trying to capture Sylar, Stuart only narrowly escaped. Since the company shut down he has been on the run from Danko's team and was temporarily captured until he escaped with the help of Rebel. Since then Stuart has been laying low in London.