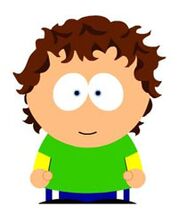 70%
Emmett had a normal childhood, there was nothing extraordinary about him - although he always wished there was. His life changed on the day of an eclipse; he manifested elemental powers, and over the years he developed them. Then one day his parents disappeared.

One day, he was captured by The Company. They revealed to him that both his parents were special, just like him, and they were both dangerous, just like him. His father could control elements and his mother had a super memory. Emmett could duplicate the ability of another.He copied his parents' abilities at a young age but they lay dormant until the eclipse. Emmett questioned how his capturer could know this, and he replied he could identify the ability of another evolved human. Emmett punched him, gaining his ability in the process, then used his elemental powers to phase through the building and fly away. With the new found knowledge of his life. He vowed to one day find his parents.

Over the next few months, Emmett got to live out his dream of being a superhero - taking the name Elemental Manipulator; gaining rapid cell regeneration and teleportation along the way. He then received a text message from a mysterious Rebel. His help was needed, their kind was in danger. Emmett knew what he had to do.