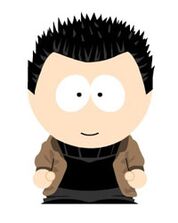 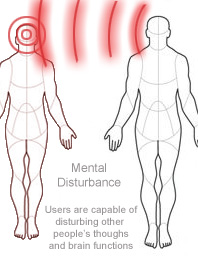 55%
Daniel always wanted to be special. He was very plain and tried to make himself as different as others as possible, especially his brother. One day his brother said that he was able to read some one's mind. He tried to read Daniel's mind but experienced a loud feedback. Daniel's ability had manifested. As his father ran to Daniel see why someone was yelling he began to get a headache. The closer to Daniel he got the worse his headache got. Daniel was so scared of what he was doing that he passed out. One day, Daniel was walking down the street and a gang tried to mug him. His ability activated and the gang members all fainted in pain. Daniel left and began to practice his ability. Since this incident Daniel has helped his community by assisting the police in cracking down on gang violence.