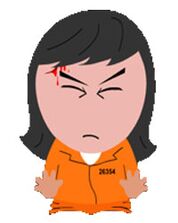 70%
Libby Chang is a Chinese-born, Australian-raised evolved human with the ability to change her ability depending on the strong emotions she is feeling at the time. She knew nothing of her parentage, but discovered that she was used as a test subject by Dr. Zimmerman after he was forced into working for The Company again. She became determined to take down The Company, eventually meeting, falling in love with, and marrying Adam Monroe. She learnt of his fate, and then went on the run from Danko and Nathan Petrelli. She is currently in hiding with Kimiko Nakamura at Usutu's hut.